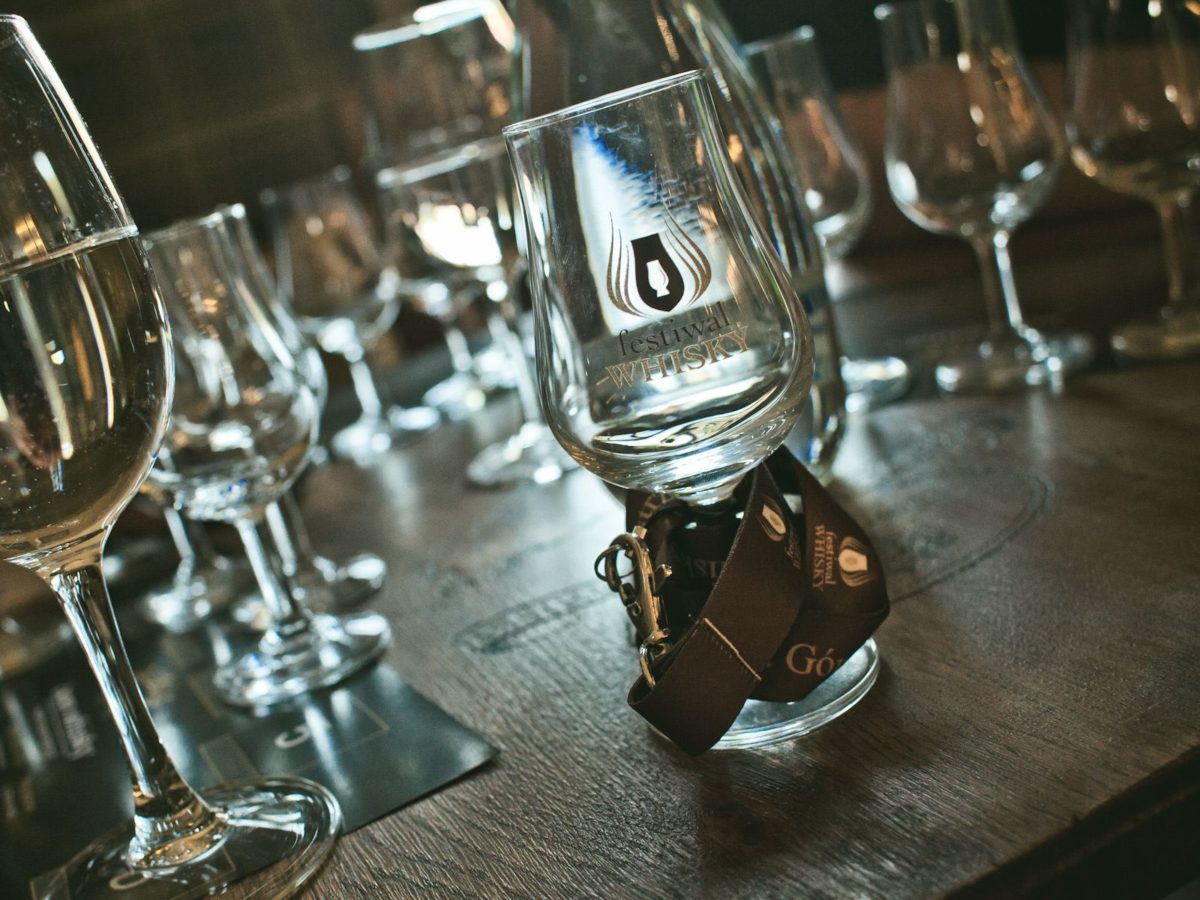 Each year on 6000 m2 Polish representatives of the world’s largest alcohol brands along with their extensive portfolio of Scotch, Irish and American whiskey as well as from other parts of the world offer the biggest selection of whiskies. You will find here a wide range of flagship items as well as less recognizable items; exhibitors of cigars, gadgets and whiskey glasses.

In addition to tasting, you will have the opportunity to learn about the product, starting from the origin, through the flavor notes and the distillation process.

During the entire duration of the Whiskey Festival, professional tastings (activities aimed at presenting the history, organoleptic values ​​and new products from the exhibitors’ portfolio), masterclass (whiskey blending workshops, blind tasting, CS whiskey tasting) and lectures will be held. Classes and lectures will be conducted by outstanding personalities of the Whiskey World invited to the festival by Dom Whisky and festival Exhibitors.

The originator and co-organizer of the festival is Dom Whiskey – a nationwide chain of whiskey bars, the history of which begins in 2009 in Jastrzębia Góra, now you can visit them in Jastrzębia Góra on Droga Rybakca 60, in Warsaw on Nowy Świat 32, Wrocław on. Rzeźnicza 28-31 and in Sopot on Grunwaldzka 1-3.

The co-organizer of the festival is also Dom Whisky Online (a shop with one of the widest offers of luxury alcohols in Europe, with over 10000 bottles to choose from, including over 6,000 bottles of whiskey), which you can visit stationary in Reda on Wejherowska 67, in Wrocław on Rzeznicza 28-31, and in Warsaw on Krucza 16/22.

The uninterrupted growth of interest in the subject of whiskey in Poland, which is described as one of the fastest growing whiskey markets in the world, prompted us to continue our goal of promoting a whiskey drinking culture among Poles. As a result of our efforts, on August 22nd and 23rd, 2014, the 1st Whiskey Festival was held, which was visited by over 1,500 guests from all over Poland, during the 2nd edition in 2015, we were visited by over 4,000 guests, during the 3rd edition – over 6,500 festival goers. The fourth edition hosted less than 7,000 visitors, while each subsequent one sells out at least a week before the festival with over 7,000 visitors.

See you at the festival!

OK
Select the required consents to purchase a ticket.